A Sweet Summer is coming your way this July 22 as the American reggae-rock band Dirty Heads stops at Mesa Amphitheater for a headlining concert. As part of their "Let's Get It Kraken" tour, the Jared Watson-led band will be joined by SOJA, Tribal Seeds, and The Elovaters. Grab your tickets now and get ready to sing along to Dirty Heads' famous hits such as "Lay Me Down," "My Sweet Summer," "Stand Tall," and "Vacation," among several others. Call all your concert buddies for this epic Friday concert filled with feel-good music that will make you sway to the melodies and the catchy choruses of Dirty Heads' tunes. Click on the "Get Tickets" link to order your tickets now! 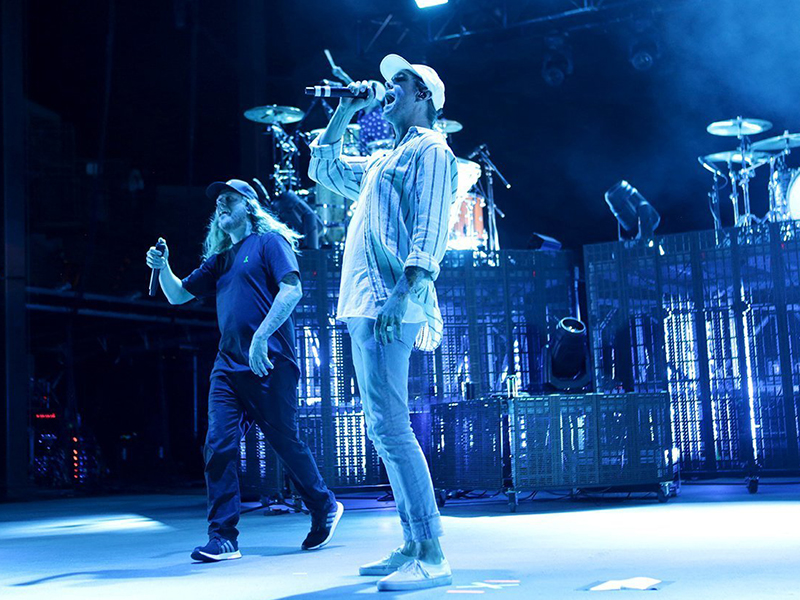 Following the release of their greatest hits collection album last summer, the California-native band Dirty Heads is heading out for a 2022 US headlining tour titled "Let's Get It Kraken." This is a piece of incredible news for the band's fans as this tour will follow the success of last year's co-headlining tour of Dirty Heads with Sublime with Rome.

The tour will kick off on June 24th in Seattle, with subsequent stops in New York City, Austin, and Las Vegas before wrapping on August 12th in Chicago. A rotating cast of Artikal Sound System and The Elovaters will also join as opening acts on select dates.

Coming in as special guests to the band on all dates are the American reggae bands SOJA and Tribal Seeds. SOJA is a Grammy-award-winning band that is famous for their songs "Rest of My Life," "She Still Loves Me," "True Love," "You and Me," and many others. Tribal Seeds, on the other hand, is a San Diego-native band that was formed in 2005, who are best known for their songs "In Your Eyes," "Dark Angel," "The Garden," "Beautiful Mysterious," and "Island Girl."

In their Mesa Amphitheater stop this July 22, The Elovaters will open for the three awesome bands. The Elovaters are a 7-piece reggae-rock band based in Boston.