Rap wunderkind 2 Chainz embarks on a 2022 tour to celebrate the tenth anniversary of his debut album, Based on a T.R.U. Story. Aside from the tenth anniversary of his debut record, 2 Chainz will also be promoting his newest release, Dope Don’t Sell Itself. The tour is spread across spring and summer, and it makes a stop at the iconic open-air Mesa Amphitheater in Arizona on Friday, 3rd June 2022. 2 Chainz, better known as the other half of the Southern hip-hop sensation, Playaz Circle, will be performing his biggest hits, including “No Lie,” “Birthday Song,” and “Mercy.” Get your tickets now to see this Grammy Award-winning rapper perform at the Mesa Amphitheater! 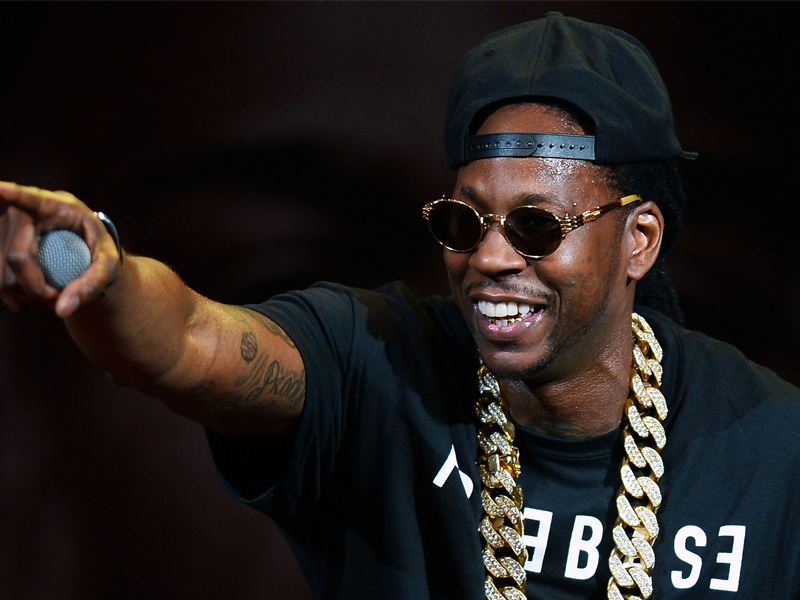 2 Chainz, whose real name is Tauheed Epps, started his hip-hop career when he founded Playaz Circle with his childhood friend Dolla Boy (Roderick Anthony Burton). Together, they released the self-funded debut record United We Stand, United We Fall. In 2012, 2 Chainz jumpstarted his solo career when he signed with Def Jam Recordings, which later released his debut solo album Based on a T.R.U. Story. The album enjoyed commercial success with the release of three highly-acclaimed singles, “Birthday Song” featuring Kanye West, “No Lie” featuring Drake, and “I’m Different.” The singles entered the top 50 of the Billboard Hot 100 chart, while the album peaked at number 1 on the Billboard 200 chart. Based on a T.R.U. The Story was later certified platinum by the Recording Industry Association of America (RIAA).

Since his debut album, 2 Chainz has released six more commercially successful studio albums, including his fourth album, Pretty Girls Like Trap Music, which peaked at number 1 on the Billboard Top R&B/Hip Hop Albums and Top Rap Albums charts. Like his debut record, Pretty Girls Like Trap Music is certified platinum by the RIAA. On February 4, 2022, 2 Chainz released his latest album, Dope Don’t Sell Itself. The record features renowned hip-hop artists, including Moneybagg Yo, Lil Baby, Beat King, Swae Lee, and many more.

If you’re a fan of 2 Chainz, Playaz Circle, or you simply love hip hop, take a trip to the Mesa Amphitheater on Friday 3rd June 2022! Get your tickets now while they’re still available!