The immensely talented and culture boundary pusher, Karol G, embarks on her first headlining U.S. tour. The ‘Bichota Tour’ makes its third stop, here at Mesa Amphitheater on Saturday, October 30th 2021. The Colombian rapper Karol G just dropped KG0516, her biggest album yet, which includes the hit singles "Tusa," "Ay, Dios Mio," and "Bichota," the last of which gave its name to this album-supporting tour. Grab some tickets now and get ready to hit the floor for one of the most exciting, unapologetic and empowering shows this fall, it's gonna be feminine and sexy, yet sporty and tomboyish, but never cutesy! 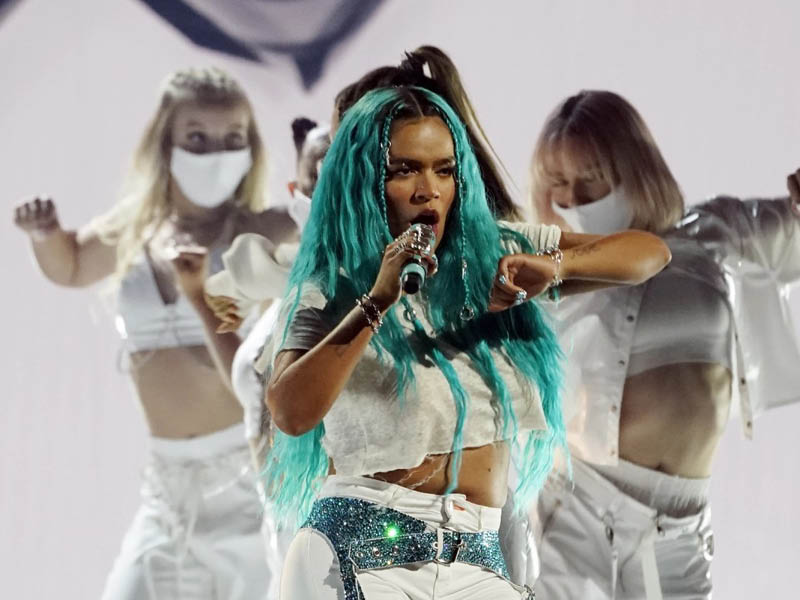 “After seeing how my fans received my new album, I am looking forward to being on stage performing and singing along with them. My fans are going to experience the most exciting shows of my entire career.”

Colombian singer and songwriter Carolina Giraldo Navarro, aka Karol G, is the queen of reggaeton and Latin trap artist. Her third studio album, KG0516, arrived in March. She told Rolling Stone the material is more representative of who she is as an artist. “I’m not making all these crossovers and fusions so that my music reaches a ton of people,” she said. “It’s that I love all types of music and sounds, and ultimately, that’s what I want to express to people… There are a lot of feelings, a lot of flows, and a little bit of everything.” The album was preceded by the single "Tusa" with Nicki Minaj, which was Latin Grammy-nominated for Record of the Year and Song of the Year. The album also includes the single "Bichota" which topped the charts in Argentina, the Dominican Republic, Peru and the US Latin Airplay chart. Overall, the album came in at the top spot on the Latin Albums chart and number 20 on the Billboard 200.