Bastille comes to Mesa Amphitheater on Tuesday 17th May 2022 as part of their upcoming headlining tour supporting their latest album, give me the future. They recently released their latest single, Shut Off the Lights, which was an instant hit and has got the fans even more excited about the tour. Fans can expect to hear loads of new music from their latest album. The U.S leg kicks off from Memphis on 14th May and will stop at L.A, New York, and more destinations. The band members are excited about the coming tour stating that nothing replaces the human connection, and they’re glad to be back on stage. The new album promises to be full of surprises, with each song exploring a different, futuristic realm regarding Sci-fi films, literature, and video games. If you want to see Bastille live in concert on 17th May, get your tickets right now before they are sold out! 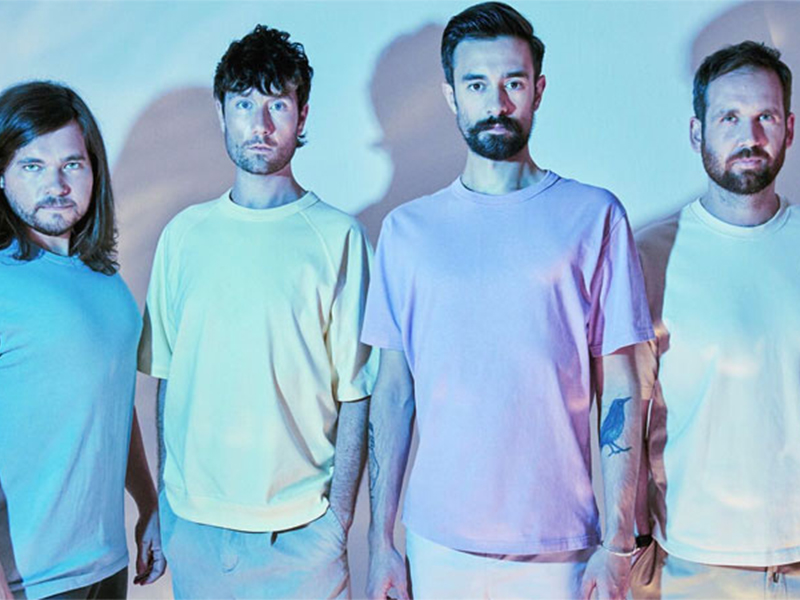 The English Pop Rock band was formed in 2010 which was a solo project of their lead vocalist Dan Smith. The band now consists of keyboardist Kyle Simmons, bassist and guitarist Will Farquarson, and drummer Chris Wood. They released their first studio album in 2013 and featured in the U.K. Albums Chart on the top spot. It also included their hit single, Pompeii, which peaked at number two on U.K. Singles chart. They have now sold over 11 million records over the world.
Bastille has performed at major UK festivals, including Glastonbury, Redfest, the Isle of Wight, the Reading Festival, and Blissfields. They have a worldwide demand for live performances, and their upcoming tour will see them visiting the U.K. before moving on to the U.S. leg. Their latest album has been coined as one with unlimited possibilities of the future and takes the listener to a futuristic wonderland. Their concerts are an experience that brings together symphonies and creates musical synergy, which the audience reciprocates through their applause and body language. They are truly one of the most captivating live bands of the world, and so, you cannot miss out on their live event! Hurry up and get your tickets ASAP before they are all gone!